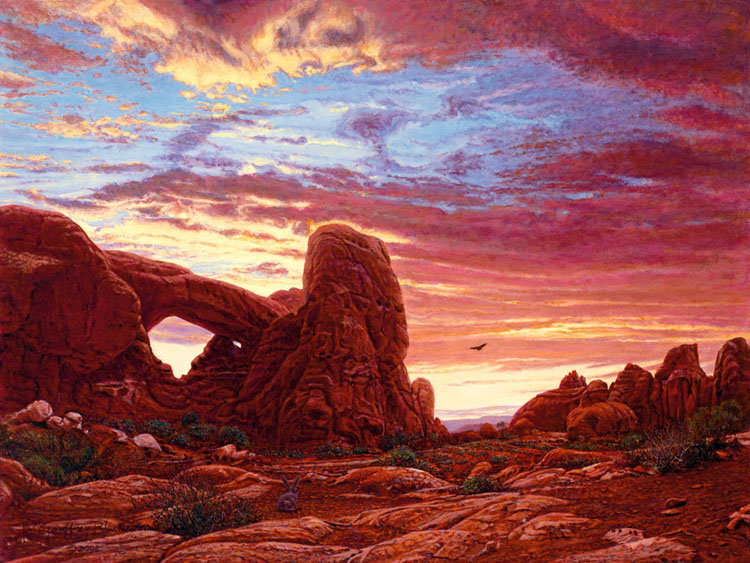 "This painting came about from a trip to Arches National Park near Moab Utah in 2004 or 5 (I'm old so I forget). We arrived on scene before dawn. It had rained the night before and the air was crisp, cold and dramatic. I tried to capture the moment just before the sun broke over the horizon, when everything had a red glow to it. This was a tough painting because the tonal range is so narrow. It was a challenge to get the reds working to my satisfaction.

The predator and prey drama plays out between the hawk and the rabbit-the latter hoping not to have been seen by the hawk. .. (fat chance)."