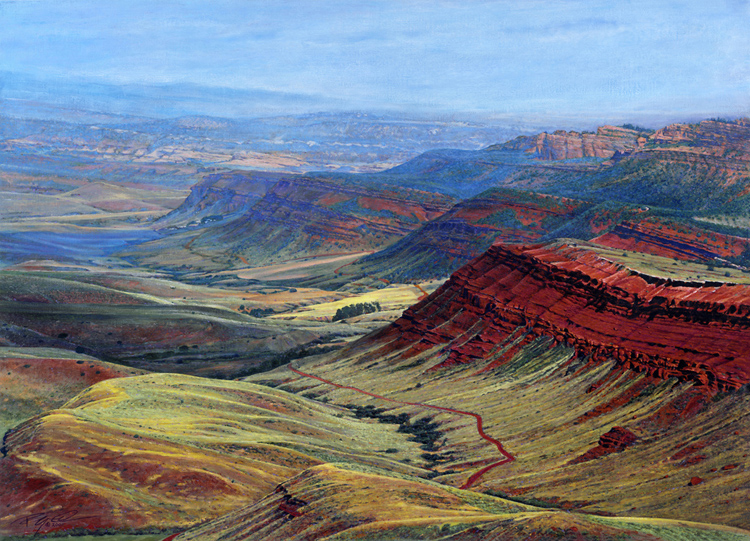 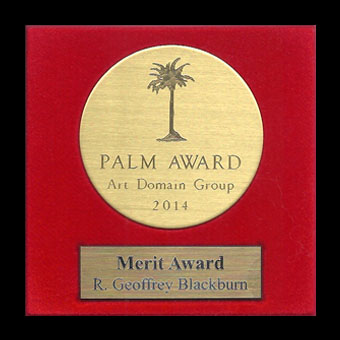 "In mid-August 2004, I took a trip to Lander, Wyoming in the west-central part of the state. Don't ask me why, I don't know. It was just a place I had never been to and had heard about so I thought, what the heck I'd check it out. The journey from Salt Lake City to Lander is pretty un-remarkable for the most part until you get fairly close to Lander. Once you leave I 80 and head north on the State highways, the countryside becomes mostly rolling plains dotted with farms, and miscellaneous livestock. About 10 miles south of Lander on State Road 287 all that changes. You come around a bend in the road and all of a sudden the rolling plains are interrupted by this absolutely stunning ribbon of red rock called "Red Canyon." Needless-to say, I was instantly captivated. I pulled off the highway and began snapping photos from every conceivable angle. A storm was approaching and the light play on the face of Red Canyon was mind blowing. I have made 2 subsequent trips to Lander since 2004 each time exploring some new aspect of the canyon and surrounding area. After my first trip, I decided to paint "Red Canyon, Lander". I drove the road (you can see in the painting), and got some really interesting material for future paintings. Lander is a beautiful little gem of a town and has the distinction of serving the best steaks I have ever had at the "Hitchin Rack" restaurant. If you ever find yourself in the wilds of Wyoming, I recommend you swing by Lander, have a steak at the Hitchin Rack, drive up Red Canyon road and soak up the landscape! "